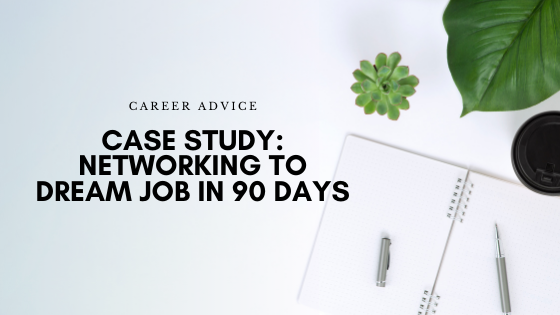 Today’s post features the encouraging story of Cesar, a litigation paralegal living in the San Francisco area. Cesar actually used to be my client when I was a legal recruiter in 2013, and we got to reconnect recently as he entered into a new job search. Unfortunately, his position as a paralegal was eliminated in May 2020. Even in the midst of the pandemic with courts closed and very few paralegal job openings, he was able to network his way into his absolute dream job in just 90 days. I’m thrilled to be able to share how he easily landed a job, despite this current economic situation. I hope this inspires you that no matter the circumstances, landing your dream job is possible! You can watch my interview with Cesar in the YouTube link below or continue reading along here for the Cliff’s notes version

How to Network to Your Dream Job in 90 Days

The first step in Cesar’s job search was to compile a list of his personal contacts. Once he had his top 100 legal contacts listed out, he set an audacious goal of reaching out to all 100 contacts within 21 days. Cesar’s determination and diligence while networking is what led him to gain immense traction and ultimately connect with a recruiter who would help him land his dream job. Let’s hear from Cesar:

“It sounds like I’m trying to do a sales pitch like Tony Robbins. But you just follow the process and you do everything by the numbers. I did a crash review of Emily’s program, everything was according to the playbook. I just kept plugging away with my making contact with my top 100 list of personal contacts. I started getting heavy traffic and heavy queries. You just create your own momentum! As you start to network, you start to gain more and more momentum.“

As Cesar continued to diligently network, he worked on gaining clarity on what he truly wanted in his next role. Although it would have been easy for him to get stuck in the mentality that he’d be lucky to get just any job, he instead stepped into a mindset of abundance and got clear on his true dream job. He filled out the Target Dream Job Worksheet included in all my job search programs. This worksheet is a key foundation for all of the job seekers I help and can oftentimes present surprising revelations. I find that many job seekers are on autopilot when it comes to landing a job. This clarity-seeking exercise forced Cesar to get crystal clear on exactly what he wanted, right down to the nitty-gritty details. After doing some deep-dive soul searching, he determined his dream job and set his sights solely on that end goal.

Cesar says: “The big piece of advice I would tell everyone is, no matter how hard it is, try to articulate and drill down what your dream position is because your position is out there. If you have a clear vision of where you want to go, everything else is an academic exercise. I realized after going through the dream worksheet, I wanted to go to a law firm that was a medium-size boutique law firm.”

In less than 3 months, Cesar’s hard work paid off. A recruiter that he connected with through a mutual friend (a testament to the power of second and third degree contacts!) presented him with an opportunity to interview for a senior paralegal position in the Bay Area. Within less than 48 hours, he had completed his initial screening, skills test, two more rounds of interviews, and received an offer! (*pop the champagne!*) This position was also exactly aligned with what he had previously identified as his Target Dream Job.

Cesar says: “This all came about through the whole mantra where preparation meets opportunity. And Emily’s program will give you the preparation and everything you need from the interview, the resume, the LinkedIn profile. It’s an integrated program that you have to commit to, but once you commit to it, then it’s on you to do the networking and the heavy lifting because you just have to keep on plugging away. Believe in your ideal dream position, it’s out there – don’t settle.”

Are you interested in learning more about the in-the-trenches with you life coaching + job search consulting Accelerator program that helped Cesar land his dream job? See if it’s a fit for you by learning more here. 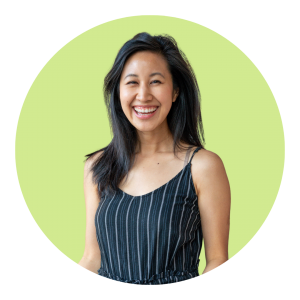 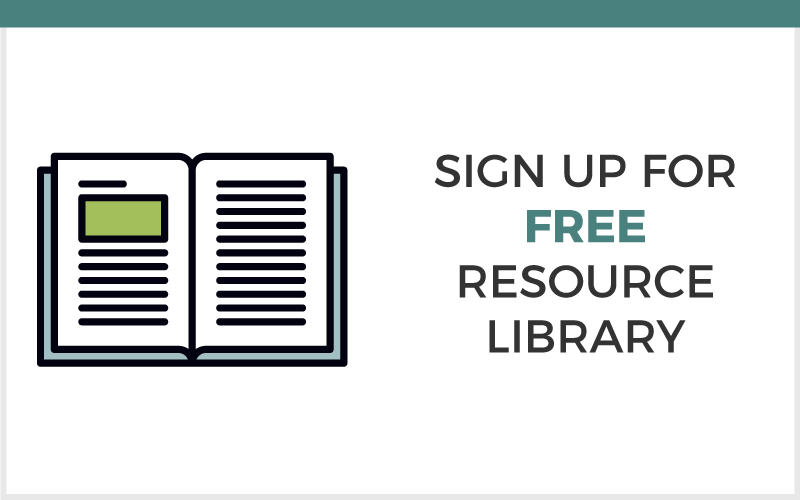 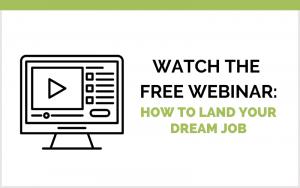 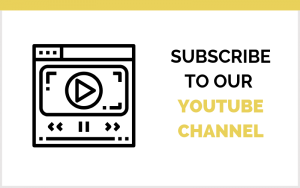